Are you a Sole Trader or Small Partnership?

Much of the focus for this year's Budget revolved around responding to the COVID-19 pandemic, but the Chancellor did make a number of announcements that will impact fleets and drivers:

For the 11th consecutive year, the UK Government have announced that they will be freezing fuel duty. This is good news as it means that in 2021-22, the average car driver could save around £1,600 in comparison to the cost of fuel duty before it was frozen.

While the government may increase fuel duty in the future to promote their net-zero emissions targets for 2050, the reason they have continued the fuel duty freeze this year is to help you focus on funding your business - especially with the pandemic causing so many hard-working people problems across the UK, and particularly in rural communities.

From 1 April 2021, the government revealed that Vehicle Excise Duty (VED) – or more commonly known as road tax - will once again rise alongside inflation, so that motorists can make a fair contribution in comparison to rising costs. Unfortunately, this means that car tax will increase for most new car drivers during 2021. These updated VED bands affect cars first registered on or after 1 April 2017:

Alternatively-fuelled vehicles, including hybrids, bioethanol and liquid petroleum gas, will pay £145 per year.

Cars with a new list price of over £40,000 will continue to pay an additional £325 per year on top of the standard rate for the first five years before returning to the rates listed above.

As well as road tax rising with inflation, the same will happen to fuel benefit for company vehicles. Plus, the flat-rate charge for a company van’s benefit in kind (BIK) will also rise to £349, although the benefit in kind charge for battery electric vans has been reduced to zero for 2021-2022.   However, the fuel benefit multiplier - the amount you have to multiply by to work out the tax on fuel for when drivers use their company cars for personal use – has also increased to £24,500 for cars, while vans will have a £669 flat-rate charge to multiply against, which is a small increase on last year.

The UK Government has reduced the plug-in car grant from £3,000 to £2,500 and the grant will no longer be available for vehicles that cost over £35,000. Their aim is to help more of the population to make the switch to an electric vehicle (EV). However, as these lower-cost vehicles may not have the range needed, this new announcement could be problematic for fleets where vehicle range is a crucial factor.  The reality is that the amount of EVs priced under £35,000 has increased by almost 50% since 2019, and more than half the models currently on the market will still be eligible for the grant. So there is plenty of choice to move to an EV fleet, especially if your drivers are more urban drivers with short commutes. Some manufacturers, like BMW and Vauxhall, have reduced their list prices on EV models to ensure a wider range of vehicles are included in the lower EV grant band.  If you have any concerns about how these changes will affect your fleet or how to transition your fleet to electric, why not get in touch with us 0117 908 6490.

Get in touch to discuss the future of your fleet

If you have any questions about how the Budget will affect your fleet and journey on the Road to Zero, get in touch. We're here to help with any of your fleet queries or questions.

Ask us for a fleet analysis 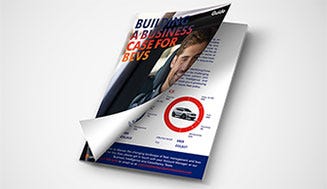